SOME very positive recommendations for women and midwives have come from the National Maternity Services Report.

One essential outcome was the extension of the Medicare Benefits Schedule and the Pharmaceutical Benefits Schedule to eligible midwives in November 2010. This supports the full contribution that midwives can make to maternity care in urban, rural and remote areas and provide women with real choices.

Despite the positive recommendations, the last-minute insertion of the “Determination” — known as the National Health (Collaborative arrangements for midwives) Determination — could hinder Health Minister Nicola Roxon’s good intentions for maternity reform.

US President Barack Obama said: “A good compromise, a good piece of legislation, is like a good sentence; or a good piece of music. Everybody can recognise it. They say, ‘Huh! It works.’ It makes sense.”

The collaborative arrangements for midwives certainly get no “Huh!”. Six months into the new era of maternity care. The era where midwives can provide Medicare rebatable services to women. It is very apparent that few private obstetricians are willing to collaborate with midwives.

Apparently, there are currently three in Australia.

Midwives always feared that they would use these arrangements to try to control midwifery practice. It would give an impact on women’s childbirth choices. For instance, to refuse to collaborate if a woman chooses to give birth at home.

Of most concern is the effect of these collaborative arrangements on women living in rural and remote communities. Communities where there may be no doctors at all or doctors on short-term contracts with whom midwives must constantly try to negotiate.

There is now a real risk that midwives will not be able to take up the government’s reforms, so they are doomed to fail.

Women are not at the heart of these considerations. Rather, medical practitioners, political bastions and hip pockets hold ultimate sway.

I have just returned from the US, where similar requirements for collaborative arrangements that have been in place for the past 15 years are now being successfully overturned. I wonder why we seem unwilling to learn from the mistakes of others.

There were three ramifications of the US collaborative arrangements that led to an untenable situation. First, it was obstetrician specific, so when a supportive obstetrician retired or moved elsewhere, this left midwives high and dry.

Second, insurance companies put pressure on obstetricians. They threatened to increase premiums if the doctors took on what the insurers considered an increased liability risk.

Third, when midwifery practices became successful and threatened obstetric incomes, obstetricians withdrew from the collaborative arrangements. In New York last July, just as Australian midwives were forced to accept this untenable piece of legislation, the Midwifery Modernization Act was signed into law. This overturned the collaborative arrangement requirement for New York midwives.

Fifteen other US states have overturned similar legislation and other states are now following suit.

Why were these laws put in place in the US in the first place? The answer is political expediency — it got midwifery reforms in and placated the medical profession in order to enable progress. Except it ultimately impeded progress and stifled midwifery as a profession.

US midwives and women were able to demonstrate successfully that this arrangement led to less safe care. Also it was anticompetitive in nature, enabling one competing profession to restrict and dictate the trade of another.

Collaboration is, of course, a very fine and commendable part of safe maternity care, which midwives support wholeheartedly. None of us is an island in health care, and safe care is dependent upon our mutuality.

I was part of the NHMRC Collaborative Guidance Committee that produced a very fine document in 2010.

The document outlining the principles of effective collaboration — without signed agreements. We defined collaboration as “a dynamic process of facilitating communication, trust and pathways that enable health professionals to provide safe, woman-centred care”.

Trust is at the heart of collaboration, along with respect. A signed agreement with a doctor cannot force this into place. Practice and professional regulatory obligations are already in place. Examples of such is the Australian College of Midwives consultation and referral guidelines. These guide midwives as to when to consult and refer.

Internationally, the definition of a midwife says “The midwife is recognised as a responsible and accountable professional …”

So are the collaborative arrangements about collaboration or control?

The success or failure of these reforms inevitably will provide the answer. Sadly, while the professions are at war it is women who will miss out. 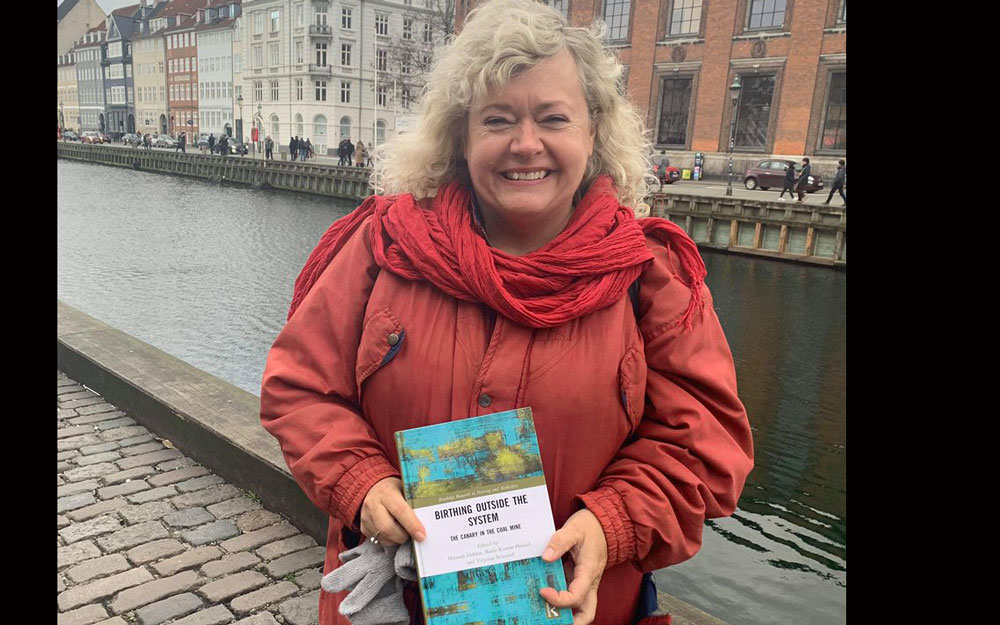 About the Author Hannah Dahlen has been a midwife for more than 25 years and is the national spokesperson for the Australian College of Midwives. She is a past national president of ACM and is currently a Professor of Midwifery and Higher Degree Research Director in the School of Nursing and Midwifery at the Western Sydney University. Hannah speaks on a number of topics in the media regarding midwifery, birth and women and provides guidance and inspiration to many midwives, newly graduated midwives and midwifery students in Australia and internationally.

Birth International will dispatch your order promptly. However, the COVID-19 pandemic has led to disruptions to postal services. Please be aware your order may be delayed!

We use cookies on our website to give you the most relevant experience by remembering your preferences and repeat visits. By clicking “Accept”, you consent to the use of ALL the cookies. However you may visit Cookie Settings to provide a controlled consent.
Cookie settingsACCEPT
Manage consent

This website uses cookies to improve your experience while you navigate through the website. Out of these cookies, the cookies that are categorized as necessary are stored on your browser as they are essential for the working of basic functionalities of the website. We also use third-party cookies that help us analyze and understand how you use this website. These cookies will be stored in your browser only with your consent. You also have the option to opt-out of these cookies. But opting out of some of these cookies may have an effect on your browsing experience.
Necessary Always Enabled
Necessary cookies are absolutely essential for the website to function properly. These cookies ensure basic functionalities and security features of the website, anonymously.
Functional
Functional cookies help to perform certain functionalities like sharing the content of the website on social media platforms, collect feedbacks, and other third-party features.
Performance
Performance cookies are used to understand and analyze the key performance indexes of the website which helps in delivering a better user experience for the visitors.
Analytics
Analytical cookies are used to understand how visitors interact with the website. These cookies help provide information on metrics the number of visitors, bounce rate, traffic source, etc.
Advertisement
Advertisement cookies are used to provide visitors with relevant ads and marketing campaigns. These cookies track visitors across websites and collect information to provide customized ads.
Others
Other uncategorized cookies are those that are being analyzed and have not been classified into a category as yet.
Save & Accept